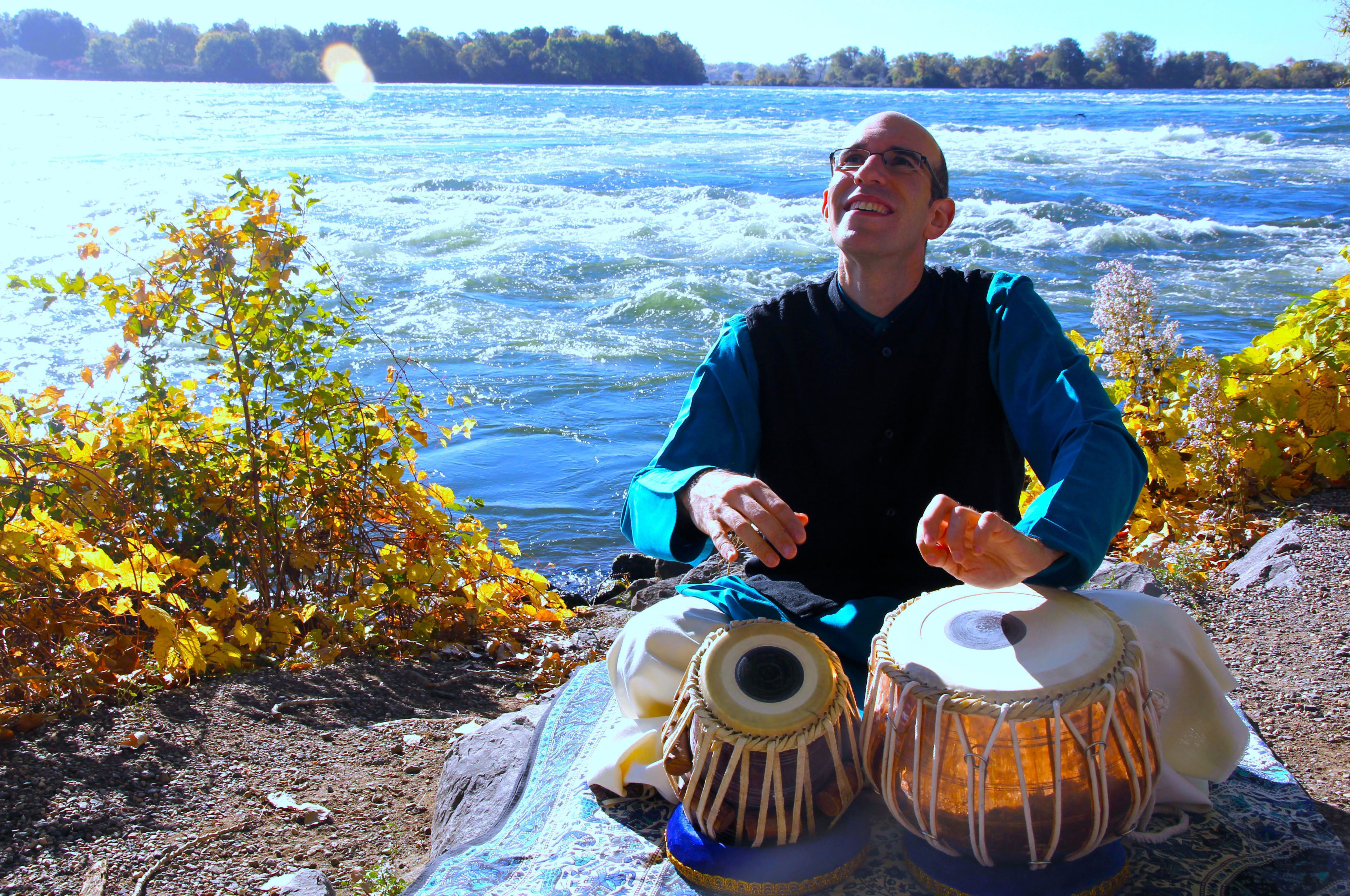 Dynamic performer Shawn Mativetsky is considered one of Canada’s leading ambassadors of the tabla, and is a pioneer in bridging the worlds of Western and Indian classical music. Called an “exceptional soloist” by critic Réjean Beaucage, WholeNote’s Andrew Timar adds that “as a leading disciple of the renowned Sharda Sahai, he has serious street cred.” Shawn Mativetsky is highly sought-after as both performer and educator, and is active in the promotion of the tabla and North Indian classical music through lectures, workshops, and performances across Canada and internationally. Based in Montreal, Shawn teaches tabla and percussion at McGill University. His solo album, Payton MacDonald: Works for Tabla, was released in 2007, and Cycles, his recording of Canadian compositions for tabla, was released in the fall of 2011. He recently released Rivers, a solo tabla album rooted in the rich traditions of the Benares style of tabla playing.

As a practitioner of Indian classical music, Shawn regularly gives solo tabla performances, as well as accompanying kathak dance, voice, bansuri, sarod, santoor, sarangi, and sitar artists. Since 2003, Shawn has been affiliated with the Pandit Ram Sahai Foundation (UK/India), and in the summers of 2006 and 2008, hosted tabla maestro Pandit Sharda Sahai’s annual summer tabla workshop. Since 2011, Shawn has been hosting his own annual summer tabla workshop at McGill University. In recent years, he has been working closely with santoor player Jonathan Voyer, sitarist Uwe Neumann, and kathak dancer Sudeshna Maulik.