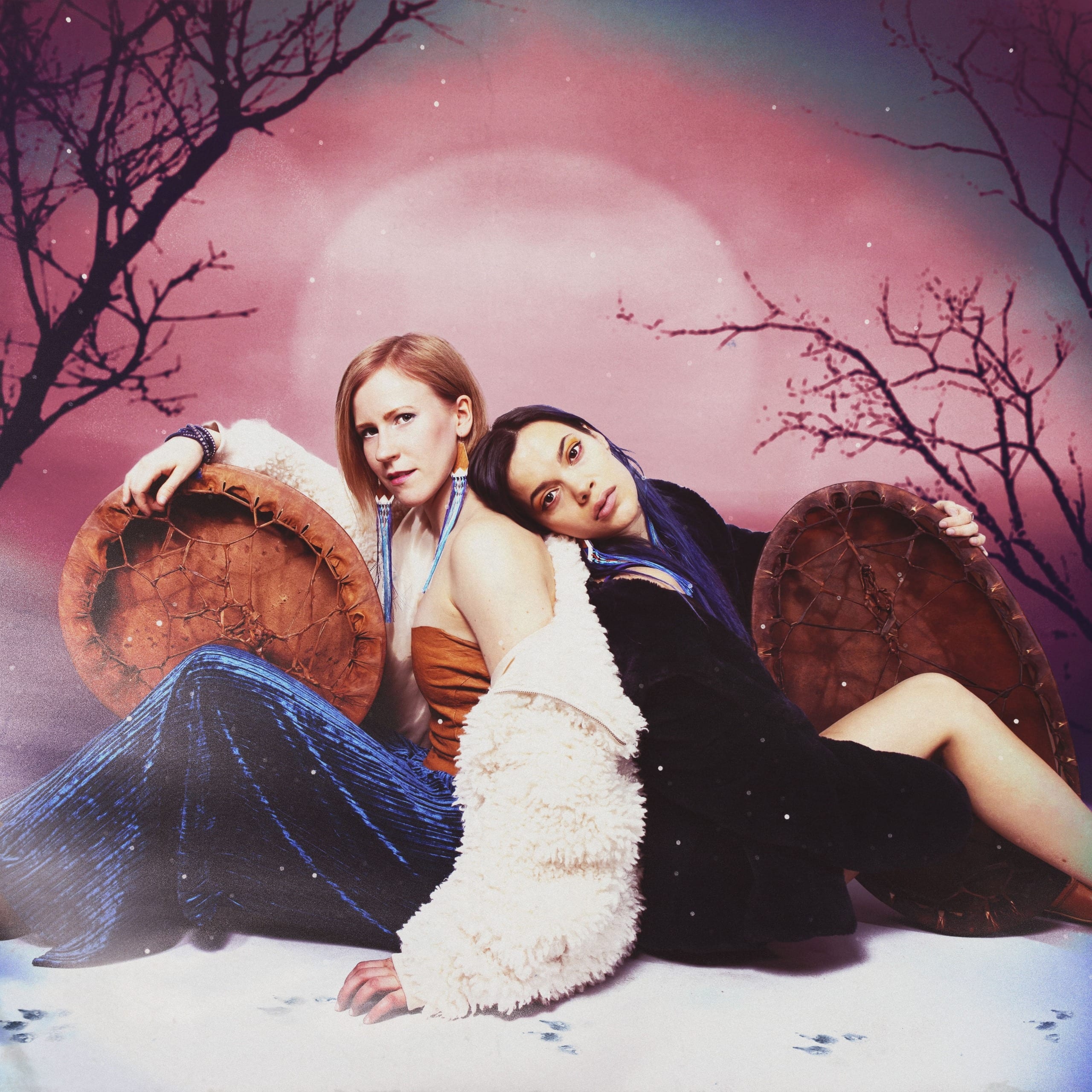 VILDÁ is an original blend of indigenous Sámi yoiks, grooving rhythms and improvisation – with girly charm. Inspiration has been sought from Sámi people’s strong connection to nature, present-day pop as well as the Finnish folk tradition. The result is a unique dialogue that takes the listener to a fascinating journey to the Sámi land – the vast landscapes under the arctic hills and frosty winds.

Viivi Maria Saarenkylä is one of the most promising young Finnish accordionists. She has been awarded in many renowned competitions such as Castelfidardo and Coupe Mondiale. She has performed internationally and the many travels can be heard in her music as nuances from different music cultures around the world.

Hildá Länsman was born in a small Sámi village called Ohcejohka in the northernmost municipality of Finland. Having grown up with reindeer husbandry, handicraft (duodji) and a joik (luohti) traditions which spans several generations she connects her background with contemporary world music and academic studies. Hildá is a proud upholder of the Sámi culture and joik-tradition and also a member of Sámi fusion band Solju.