The primary instrument for the accompaniment of Iranian music, the Tombak, is a member of the family of goblet drums. Its name derives from an imitation of the sounds produced when it is struck, (tom in the centre of the head and bak on the edge), and the instrument is characterized by elaborate finger-playing techniques.

On the other hand, the daf is representative of the large body of frame drums that may be found from the Middle East to Siberia, passing through Turkey and the Caucasus through Central Asia. An animal skin is mounted on a wooden frame augmented by metal rings which produces a tinkling sound when played. The daf is held in a vertical position, using the left hand. The right hand strikes the centre of the drum, either held flat or with the finger tips extended, according to the specific rhythms. The playing of the daf can be a very complex and physical activity.

This instrument traditionally accompanies Sufi rituals (dhikr) in Iran and Kudistan, and it has recently been included into classical Persian music as well. This course is structured in such a way that students of all backgrounds and abilities can play Persian rhythms within the context of the group. The focus of the group is the creation of a playful and harmonious atmosphere in which the participants may learn and improve their rhythmic repertoire as well as their technique. 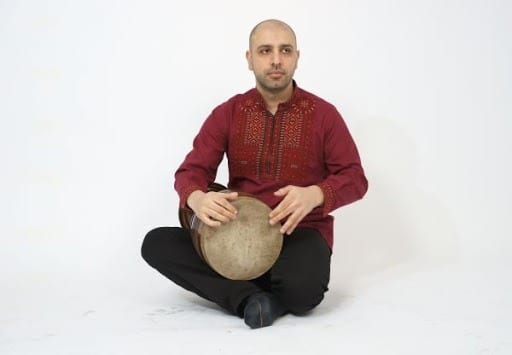 For more details or to register, please contact us at 514-397-9226 or fill out the Registration Form below.