The bandoneon is a German wind musical instrument that has arrived at the end of the 19th century in Argentina, where it has since become one of its most famous cultural symbols. With an extended range and the possibility of playing in all tones, the bandoneon is played in different ways, a cultural heritage of local techniques. Of course, the way of conceptualizing the bandoneon has changed depending on the evolution of tango and the language used in it. In any case, the basic principle to emit a sound on this instrument, consists in pressing on one or more buttons while exerting a compression of the air in the bellows, either by pulling or by pushing. Thus, the sound produces a very particular timbre, due to the simultaneous play of two vocal ranges tuned one octave apart. 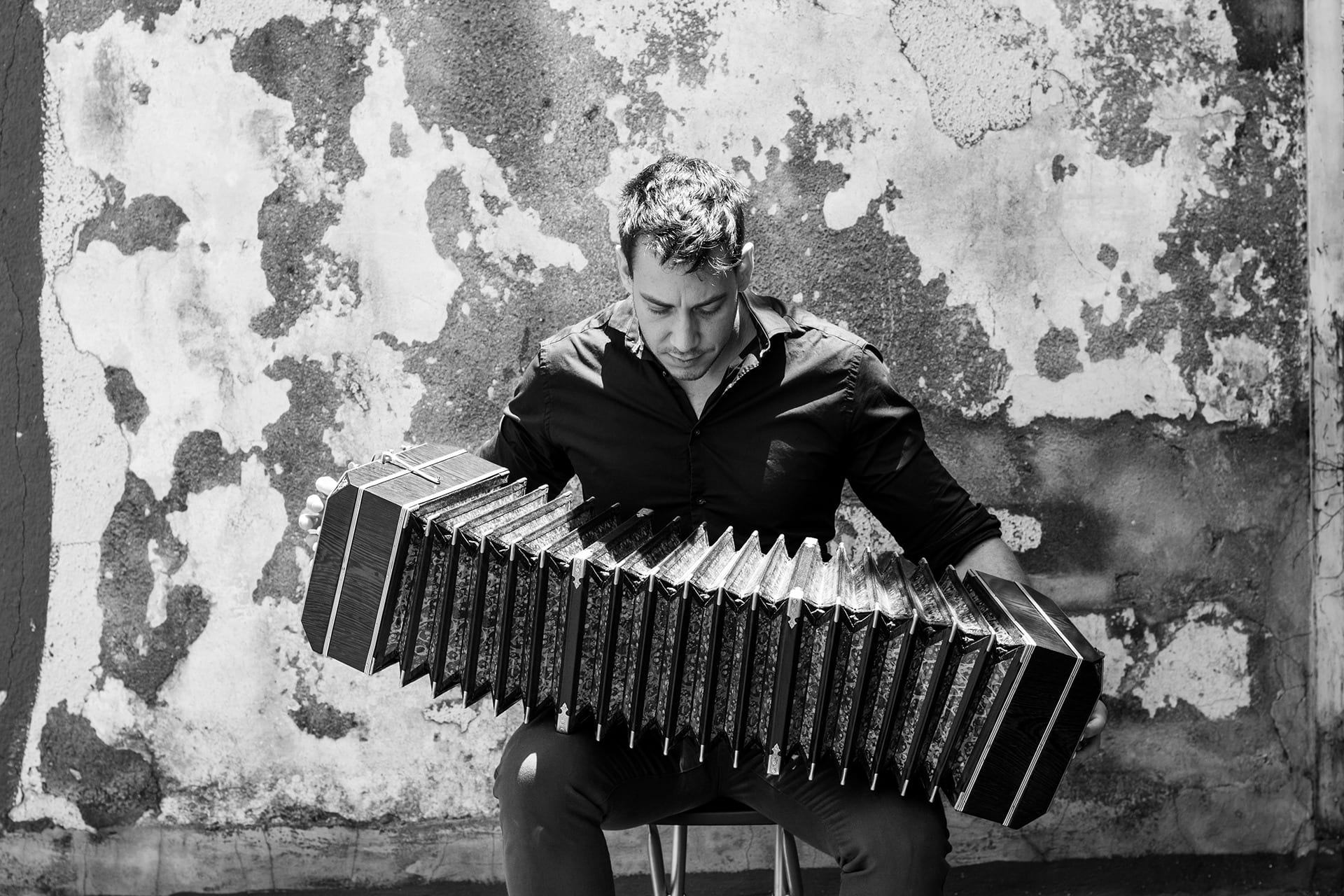