With Marco Beasley and maestro at the continuo: Stefano Rocco 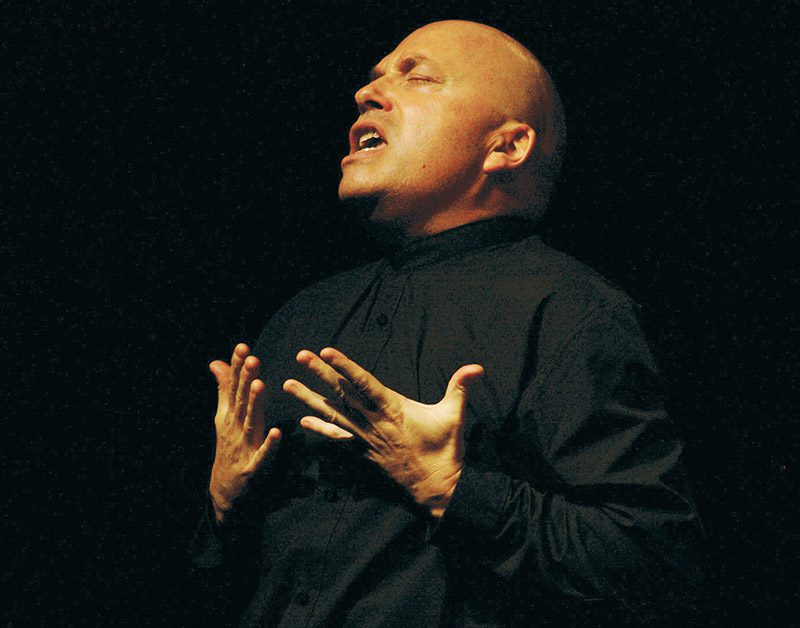 The class is open to professionals and high level amateurs singers who want to explore, understand and experience the Italian Renaissance repertoire from the end of the fifteenth century (Frottole and sacred Motets), until the beginning of the seventeenth century (defined as the Recitar Cantando style). The masterclass will focus on pieces composed by Bartolomeo Tromboncino, Marco Cara to Claudio Monteverdi, Giulio Caccini, Jacopo Peri and others.

NOTE: It’s really important that students communicate their repertoire choices in advance (from the list below or what you wish to work on) by sending the parts and clearly indicating the key transposition.

Born in 1957, Marco Beasley completed his studies at the University of Bologna, deepening his knowledge of two stylistic pillars of the late Renaissance – recitar cantando, and sacred and secular polyphony. He went on to lead an active performance career which soon took him to prestigious venues, including the Mozarteum in Salzburg, di Santa Cecilia in Rome, and Lincoln Center in New York. In 1984, he co-founded the early music ensemble Accordion along with Guido Morini and Stefano Rocco. Most recordings in Marco Beasley’s sizable and wide-ranging discography feature this ensemble, which he left in 2014 to pursue independent and more intimate projects. His performances, informed by personal research into vocal production and the intelligibility of sung texts, continue to draw praise from an ever-broader array of spectators. 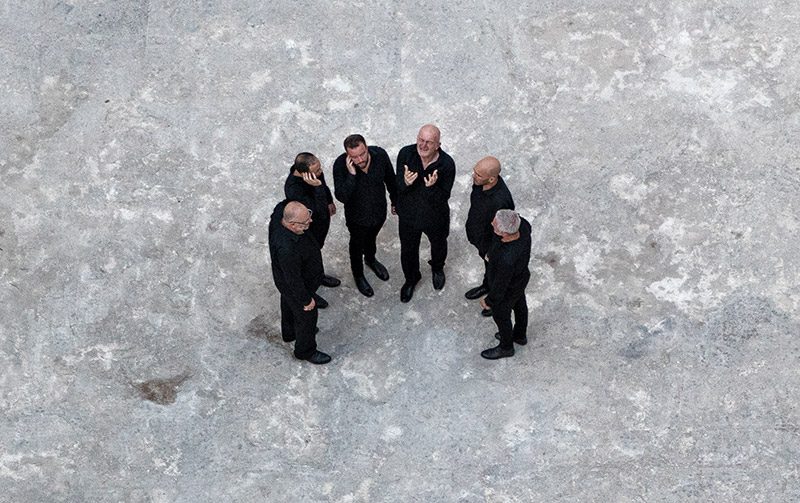 With the Corsican group A Filetta

This interactive Corsican singing workshop will introduce you to the different voices of Corsican polyphony (seconda, bassu and terza) and will be led by the six members of the Corsican group A Filetta.
This six-hour workshop is for everyone: curious, passionate and inamored by the art of singing. As this repertoire is taught orally, it is not necessary to read music or know music theory for this workshop.

Students will work all together and in sub-groups which will allow you to deepen or discover certain techniques specific to this rich vocal tradition. No matter your level, everyone finds their place in a Corsican polyphony choir…

A Filetta is a Corsican music group from Balagne (Haute-Corse). Since 1978, this group has been committed to transmitting the unique oral tradition of Corsican singing. Through in-depth work on traditional repertoires, A Filetta regularly participates in creations of contemporary works such as Clair-Obscur, composed with the Constantinople ensemble. A Filetta and Constantinople will be performing at the Salle Bourgie on December 11, 2021.

Come and meet Ghalia Benali, a great artist of international renown born in Brussels and raised in Tunisia, the land of her ancestors. Singer, dancer, composer, Ghalia is defined by the artistic community as « l’Aretha Franklin de Carthage », «la Fille du Vent», « l’Ambassadrice de la culture arabe », «la Petite-Fille de Oum Kalthoum » … Her talent is characterized by the mastery of sung Arab traditions that she redefines in a contemporary approach that opens up to other genres (râga, Japanese music, Tibetan songs). This unique experience is offered to you in person in the intimate comfort of our music room at the Centre des musiciens du monde! 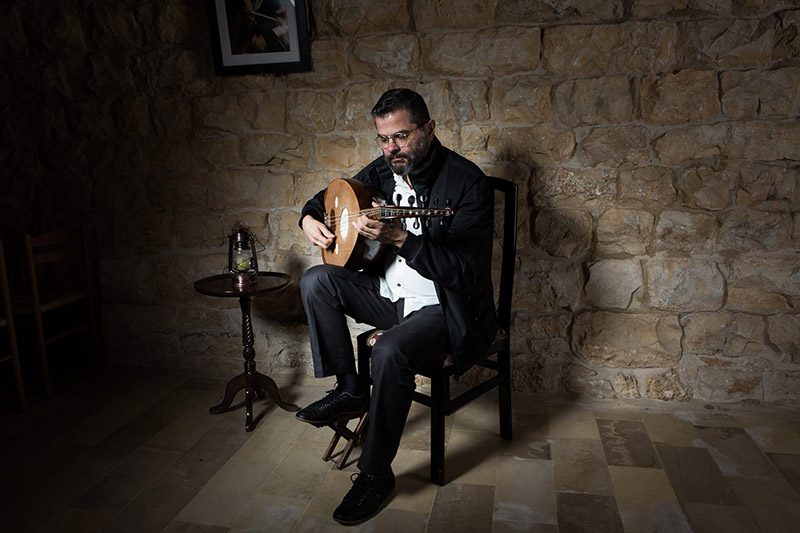 This year, the Centre des musiciens du monde and Constantinople are joining forces to offer you masters courses with exceptional guest artists! For the occasion, on November 3rd and 4th, we will have the chance to welcome Charbel Rouhana, one of the greatest oud players in Lebanon, great teacher and composer, former graduate and professor emeritus of the Lebanese National Higher Conservatory of music. During this master class, you will have the opportunity to experience an evening combining exchanges between musicians from all backgrounds, learning specific oud techniques and unique performances by Charbel in the intimate and warm atmosphere of the Centre des musiciens du monde.

Open to all oud players in Montreal eager to learn from an expert, but also to any musician who play an instrument of Arabic tradition (kanun, ney, percussion, etc.) and is curious to learn more about Charbel’s teaching. Welcome to you all! Bring your musical instruments! 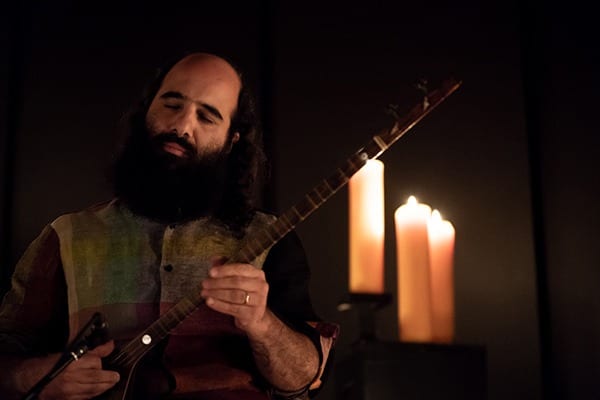 Musicians: a unique opportunity to explore the art of improvisation and Persian music

A workshop that revisits the musical techniques of the setar with exercises and with Kiya’s support to develop musicality, sound and expression.

This participatory workshop offers tools and ways to improvise in a modal universe, by exploring different modes. For any instrument or voice capable of producing microtones, this workshop exposes the basic elements of Persian music by working on a few pieces from the repertoire. 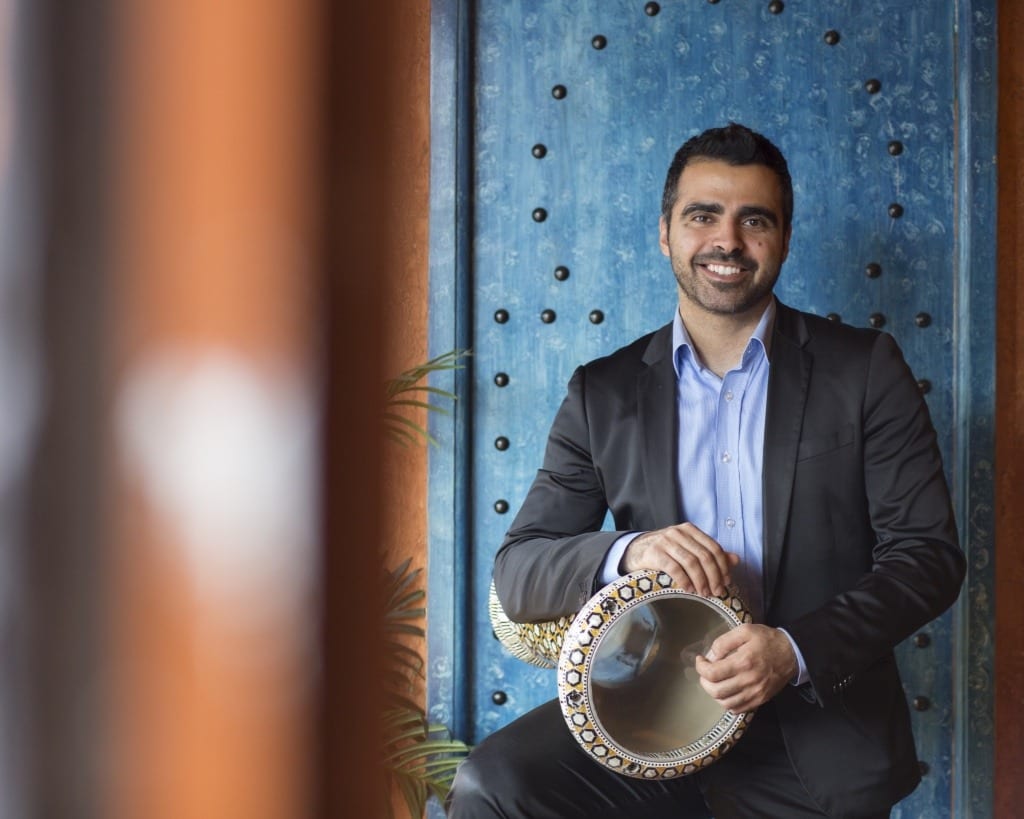 Come learn or perfect your Arabic and Turkish playing techniques

Elements of Arab culture through rhythms and sequencing