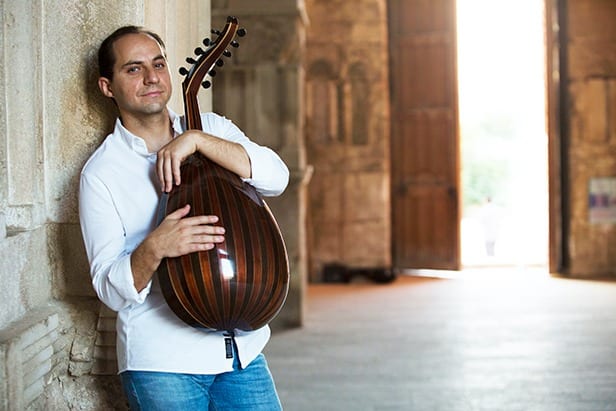 Abdul-Wahab commenced his oud studies in 1989 at the National Music Conservatory of Amman, Jordan under the tutelage of Sakher Hattar. While in Amman, he also received tutelage and guidance from Iraqi oud virtuoso Munir Bashir.

As a soloist and a member of the Conservatory’s Arabic Music Ensemble, he participated in many of the Middle East’s musical and cultural festivals, including Jerash Festival for Culture and Arts and the Arabic Music Festival in Cairo, Egypt. In the United States and Canada, Kayyali performed both as a soloist and ensemble member with various groups in Boston, Chicago, Washington, DC, Detroit, and most recently Montreal.

Additionally, he has given lectures and workshops on Arabic oud, maqam theory and Arabic music history. In 2012, Abdul-Wahab established the Juthoor project, and in 2019, he established the Etihad Middle Eastern Music Salon. He released his debut solo album “Juthoor” in 2020.