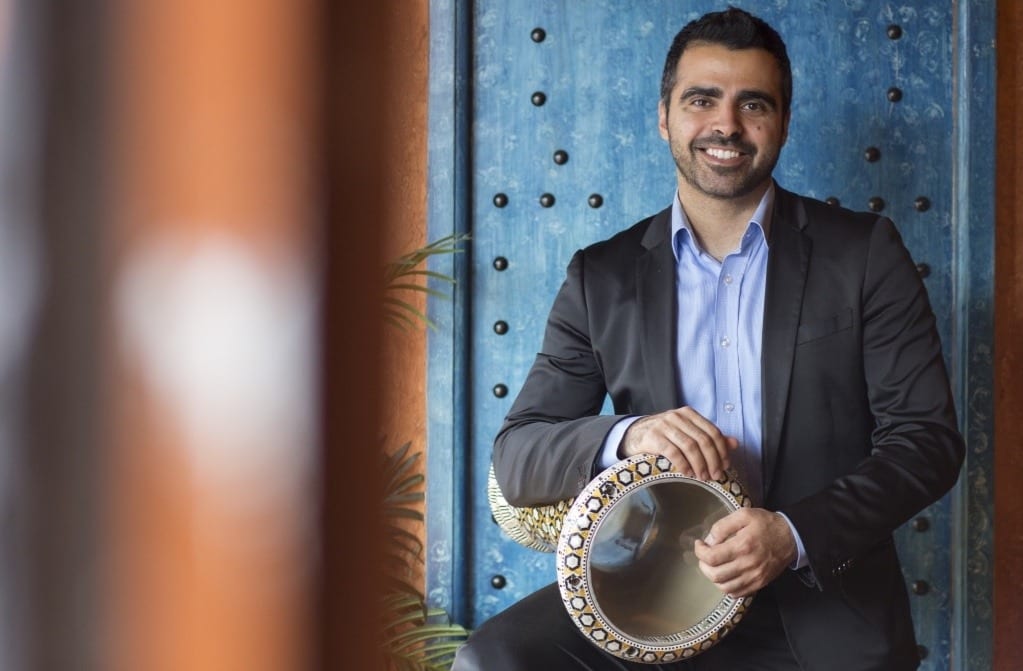 « What I like to convey through my pedagogy and experience is the culture expressed around the darbuka. It is to stimulate the musicians’ openness to create and invent something new from basics learned in class. »

Lebanese-born Joseph Khoury discovered oriental percussion at the age of three. He later nourished his love of music under the tutelage of Gaby Hasouany, Wassim El-Helou, and Fady Yaacoub at The Lebanese National Higher Conservatory of Music, where he was ranked first in oriental percussion for three consecutive years. He further honed his skills in the Libra percussion ensemble, directed by Mr. Yacoub and featuring the great Tony Anka. Equally accomplished on the darbouka, req, ketim and dahola, Khoury has accompanied some of the greatest North American and Lebanese artists since the age of fifteen. He has freelanced with many orchestras in Montreal, and in the past seven years has often found himself accompanying oriental dancers.

Always on the lookout for new musical avenues, Khoury is currently working with the Turkish darbouka technique. He spent the summer of 2011 in Istanbul, Turkey, taking master classes of darbuka with internationally known musicians as Bünyamin Olguncan, Suat Borazan and Hamdi Akatay. He also studies Indian tabla and latin percussions and is a member of the samba ensemble Le Bloco, developing his experience with Brazilian percussions.

Joseph participated also in several international festivals like the Montreal’s International Jazz Festival and the “Festival du monde arabe” that has took place at the Place des Arts. He was also part of the musical of Felix Gray Sherazade. After his stunning audition, he was asked to record oriental percussions on the album of this production. In the summer of 2008, he accompanied the oriental star dancer Samara at the Casino du Liban. More recently, he was approached to be part of the Cavalia group as an oriental percussionist for the special United Arab Emirates tour. He also toured in Turkey in the fall of 2014 with Minör Empire group.

Khoury is often invited to give workshops on Middle Eastern rhythms, and has started offering private Arab percussion lessons for all levels. From his students, the famous percussionists Mr. Luc Boivin, Mr. Paul Picard and Mr. Bertil Schulrabe.

In February 2009, he produced an oriental dance album, Ourjouan. That same year, he launched a new album of acoustic music Zanneh with his trio Sokoun that was rewarded with the World Artist of the Year in the group category at the Canadian Folk Music Award in Winnipeg in November 2010.