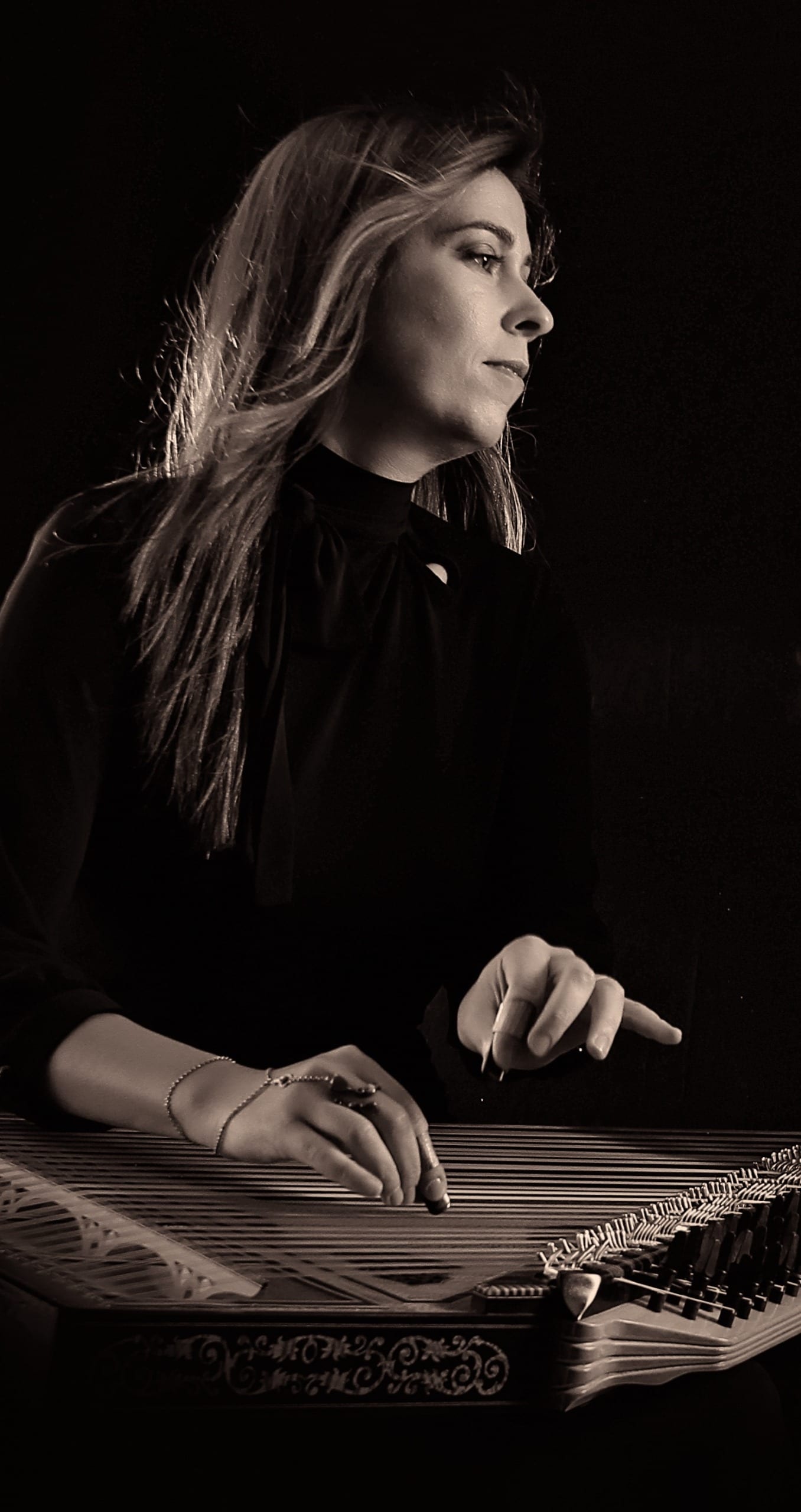 Born in Istanbul (Turkey) in 1974, Didem started her music education at I.T.U. Turkish Music State Conservatory in 1985. Having completed her kanun training, she continued at the same University’s Composition Department. Her interest in examining the effects of music on society led her to study Sufi Music at Marmara University. She got her Master’s Degree on the musical analysis of Sufi Music in 1999. Then, she played in many concerts, CD recordings and radio & television programs both in Turkey and abroad. She joined Bezmara Ensemble and started playing Turkish santoor and metal-string kanun to perform traditional Ottoman Music. She gave lectures on kanun performance at Halic University Turkish Music Conservatory and taught harmonic analysis and music theory at I.T.U. Conservatory. She moved to Istanbul University State Conservatory in 2001 and continued to give lectures there until she moved to Montreal in 2007. Since then, she played with many musicians and musical groups, especially the Fenci’s Ensemble and Constantinople. In 2009, she formed Duo Turco with her colleague Ismail Fencioglu.