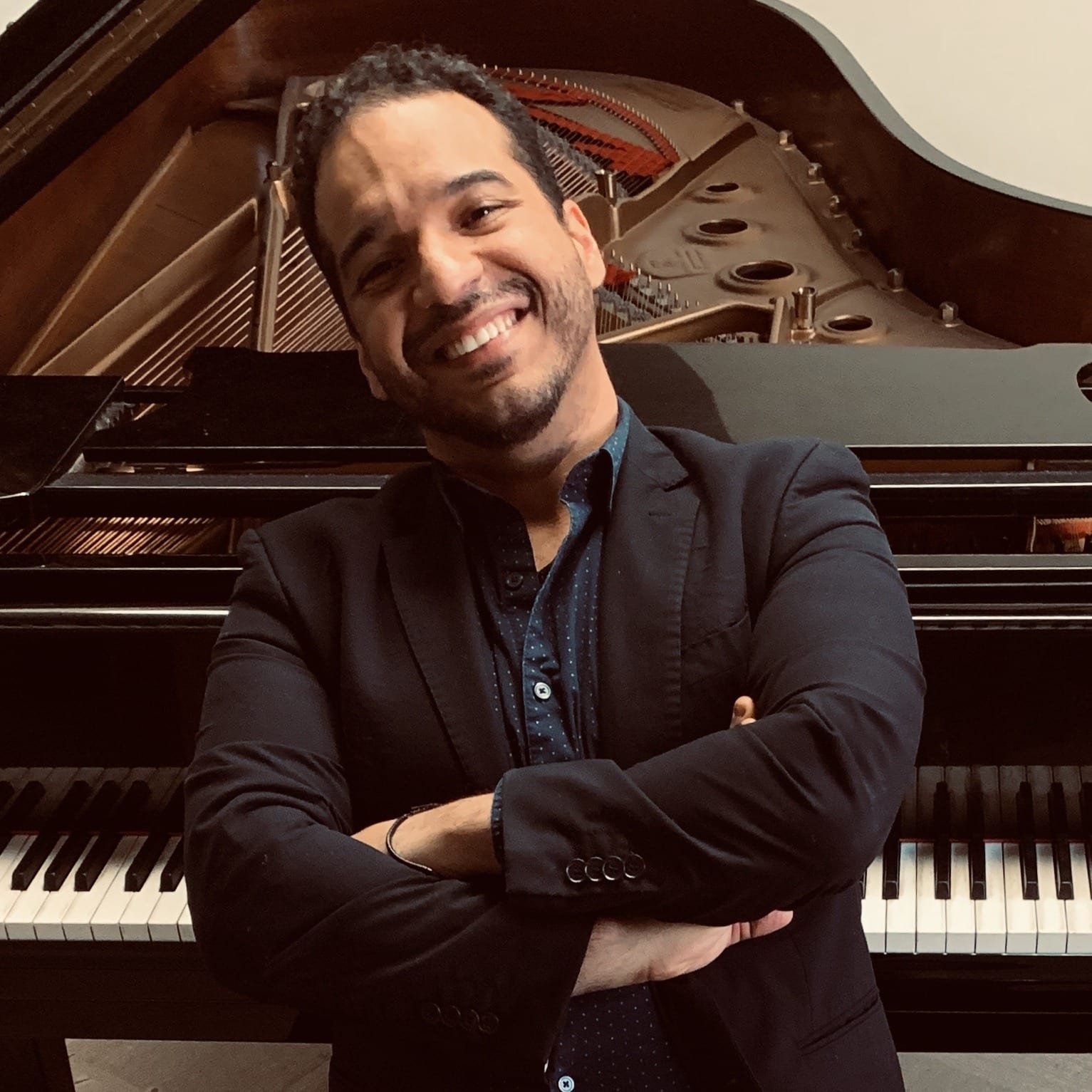 Manoel Vieira is a jazz and classical pianist and composer. Originally from Brazil, he is known for his versatility and artistic plurality. He holds a BA and MA in Piano Performance at Federal University of Bahia, in Brazil. He did his doctorate in jazz piano at Laval University, in Canada. In addition, he participated in several master classes with internationally known musicians such as, Maria João Pires (Portugal), Fanny Sotter (Germany), Claudio Dauelsberg (Brazil), Flávio Augusto (Brazil), Cliff Korman (USA), among others. His eclectic musical training provides an enriched blending of jazz and classical piano styles.

In the classical field, he has performed several recitals as a soloist, collaborative pianist, as well as a concert artist with symphonic orchestras in Brazil, playing piano concertos by Mozart, Beethoven, Prokofiev, Gershwin, among others. In the jazz field, he has been the leader of several musical projects like the ensemble Serigy Porteño, a tribute to Astor Piazzolla; the Manoel Vieira Trio, a project of original compositions with choro and jazz as main influences; and he has also worked as a musician, music producer and arranger with several Brazilian artists recording albums and producing live concerts. In Canada, Manoel has been working as a pianist, arranger and musical producer with a variety of artists and jazz ensembles. In addition, he has performed in various music festivals, including the Montreal International Jazz Festival and the Quebec International Jazz Festival. Nowadays, Manoel enjoys a prolific career performing regularly in concert halls and festivals both in Canada and in Brazil.