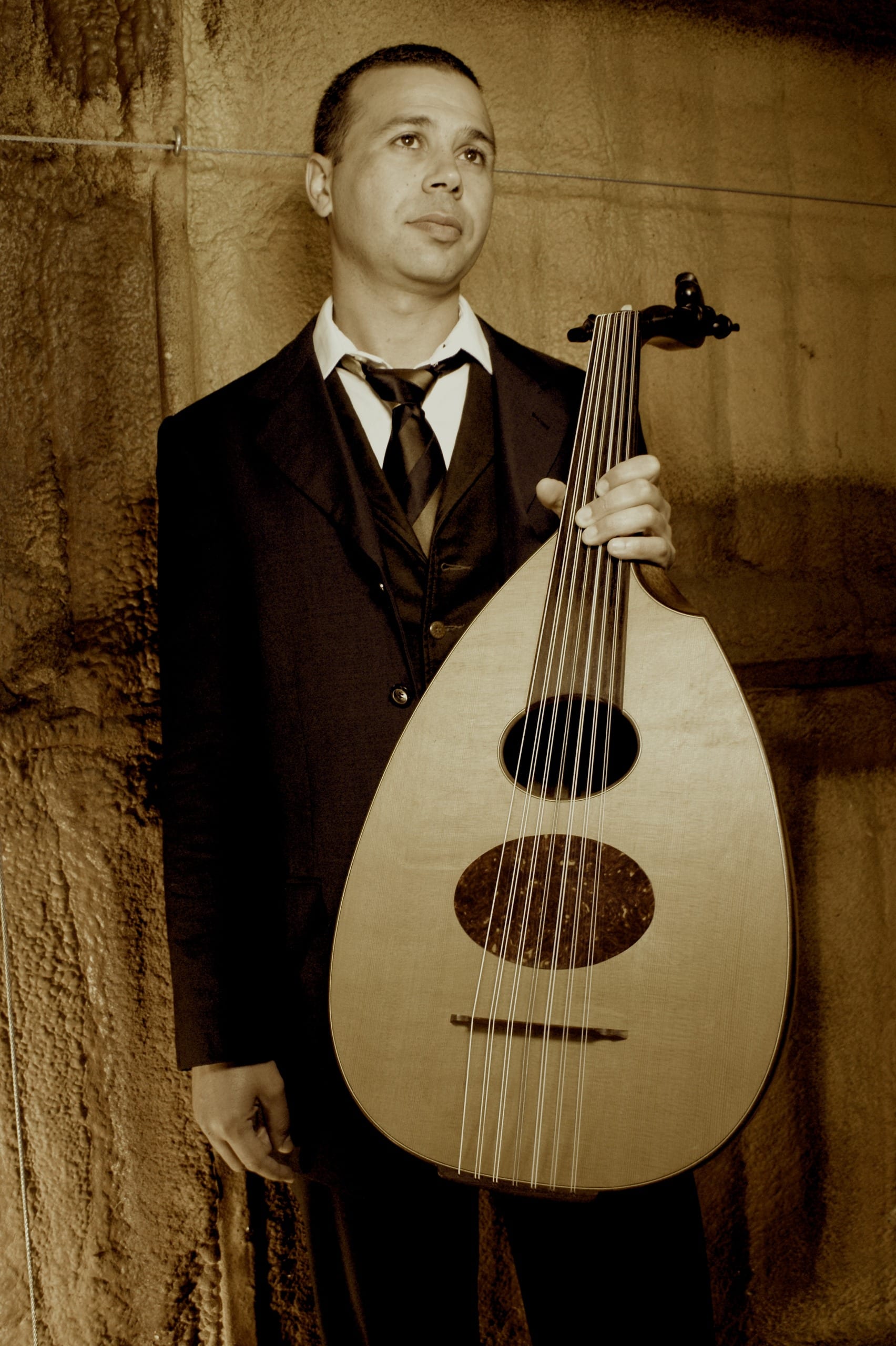 After studying five years at the Conservatoire de musique de Sfax (Tunisia), Mohamed Masmoudi pursued classical music studies and earned a bachelor’s degree at the Université de Moncton (NB, Canada). In addition to his academic training, Mohamed refined his knowledge of jazz and music from different parts of the world through several professional projects.

As a oud composer and performer (the oud is an Arab lute), he managed to create his own style in which cultural diversity is no longer a fusion exercise but a reality by itself. For instance, Mohamed closed the Fes Festival of Sufi Culture (Morocco) with Musa Dieng Kala (Senegal). More recently, he played oud in the musical show Sherazade, and later founded the Sokoun Trio. With this ensemble, he realized Zanneh, an album who won a Canadian Folk Music Award in 2010. Finally, Mohamed Masmoudi created several lyrical compositions and movie scores, including the documentary « Mes sœurs, les musulmanes ».