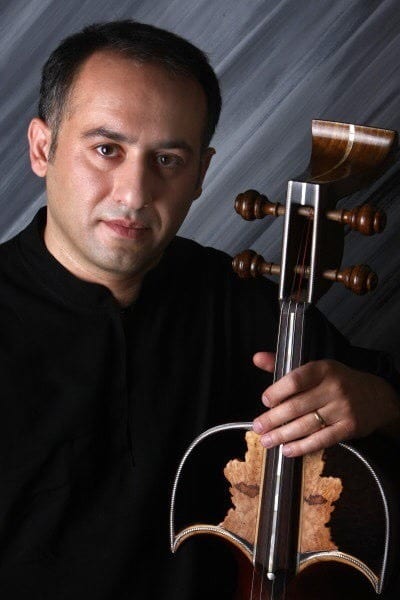 Originally from Iran, Reza Abaee is introduced to music at an early age by his father who teaches him tombak (Iranian percussion) and kamancheh (spike vielle). With this latter instrument, he deepens the study of music Iranian tradition and the radif art.

However, the musician choses the fiddle gheychak for his following years of apprenticeship at the university of Azad (Tehran) where he graduates in Iranian music in 1997. Later on, Reza pursues a carrer at Tehran Conservatory as a teacher of kamancheh, gheychak and Western music history (1997-2013).

At the same time, the musician multiplies collaborations, including with the media corporation IRIB (Islamic Republic of Iran Broadcasting). He is also implicated in the recording of more than a dozen of albums, and founded several ensembles: Shiva, Rumi and Avijeh. All these projects bring Reza to perform in Iran, Europe and Canada from 2014. Nowadays, he pursues his career in Montreal.