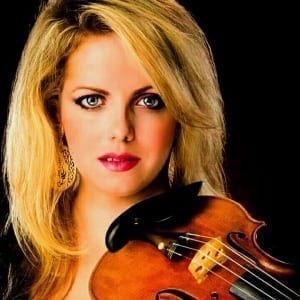 During her many years of study of Roma violin, Tanya focused on the intricacies of performing the traditional Russian and Romanian repertoire. In 2009 she did extensive fieldwork in Romania to study musical oral traditions. Since then, she returns regularly to perform as a violinist. Having won many violin competitions over the years, she achieved high level of acclaim when she performed solo at Carnegie Hall in November 2016 for her rendition of Balada by Romanian composer Ciprian Porumbescu. Parallel to her success in traditional Russian, Ukrainian and Romanian music, Tanya has obtained numerous scholarships to perfect her klezmer violin skills, perform and teach at various Jewish musical festivals. Moreover, Tanya often travels to Ukraine and Russia to get inspired, discover new repertoire and discover new musical sensibilities. She is regularly requested to perform on the North American stages in her typical style of eastern-European violin playing. She is also part of multiple ensembles including the Passionata duo with bayan player Vladimir Sidorov which focusses on the music of Russia and Ukraine and the Drabarni duo with Lithuanian pianist Vytautas Bucionis Jr. which focusses on the music of Eastern Europe and the Baltic states at large. Tanya has been a violin teacher now for over a decade. Her students have been recognized by their musical sensibility, their technique and the mastery of the traditional repertoire they interpret on stage.