Hamin Honari is an Iranian-Canadian percussionist specializing in tombek and daf, two percussion instruments of Iranian origin. Hamin has adapted his style and technique of percussion playing to enable him to extend it across several different genres. He has over ten years of experience in more than just teaching, notably at the Vancouver Symphony School of Music. The Nava Arts Centre in North Vancouver, and the Persian Cultural and Art institute of British Columbia.

Throughout the years he has developed his own set of teaching tools, based on his observations and style of playing. Hamin has performed with numerous musical ensembles, especially the Dastan Ensemble – one of the best known classical Persian music ensembles in Iran, and has also accompanied numerous exceptional musicians and singers such as Salar Aghili, Parissa, Hossein Omoumi, Hossein Behroozinia, Saeed Farajpouri and Itamar Er. 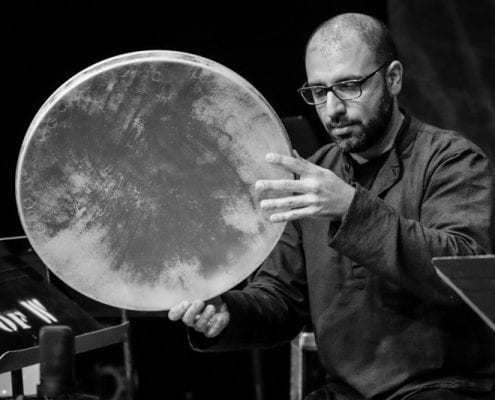