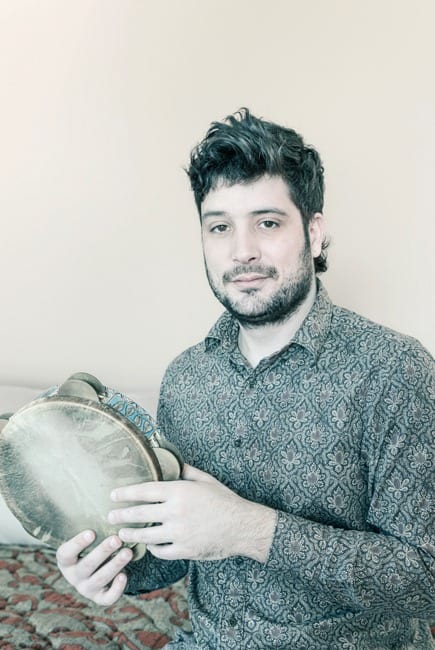 Nathaniel Huard is a Montreal-based percussionist who’s passion for classical Middle Eastern music led him to Aleppo and Istanbul. There, he studied the complex rhythmic patterns of Syrian Art Music and Sufi Music from which he draws his inspiration.