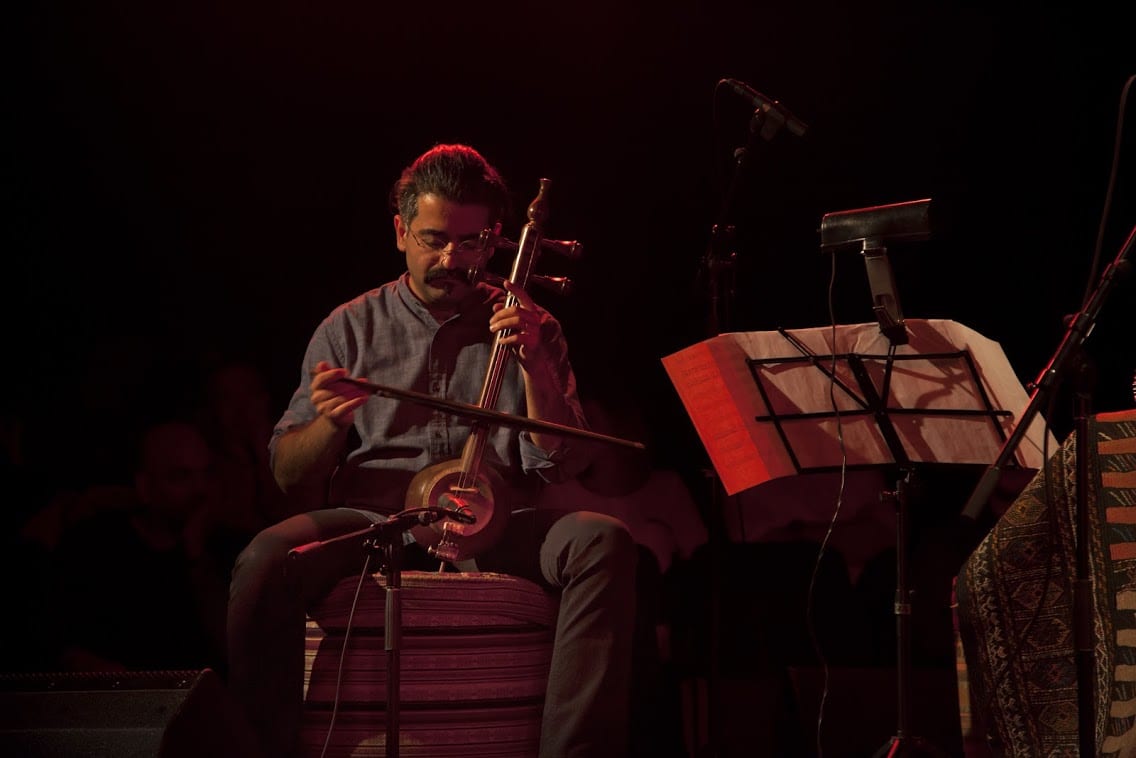 Born in 1979 in Tehran, Iran, Showan Tavakol followed undergraduate music studies in the Fine Arts Faculty of the University of Tehran and later completed a master’s degree in kamancheh (a spike vielle) interpretation. He started learning music in 1989 by playing violin and was later attracted to Iranian music and learning kamancheh.

In the pursuit of his interest in ethnomusicology, Showan took lessons in Iran with Mohsen Hajarian and Reza Darvishi, which enabled him to develop an expertise in ethnic & folk instruments. After moving to Québec in 2015, he took master courses in instrumental composition with Ana Sokolovic and Hugues Leclair at the Université de Montréal.

Currently, Showan composes in residency for different ensembles of Montreal. He also signs movie scores for documentaries, short & feature-length films such as Mohammad Raoulof’s Manuscripts don’t burn which was shown at the Festival de Cannes in 2013. As a soloist, he created several pieces for kamancheh and orchestras like the Concerto pour kamancheh et orchestre symphonique which was acclaimed by the jury of Fajr festival’s, one of the most important musical events in Iran. In 2016, Showan wrote and performed a piece for kamancheh and orchestra interpreted by the Nouvel Ensemble Moderne de Montréal (NEM). Finally, he contributed to the creation of three albums by playing violin, piano, double bass, vibraphone, kamancheh, dotar, tamburica and eastern percussions on Ravi Azar Kimia’s On trolley of timepour (in Iran); three kamancheh, double bass and timpani on Suge sarv, produced by Thelemic Art Records (in Germany); and kamancheh, accordion, piano and oud on Parallax View, edited by Ava Khorshid (in Iran).