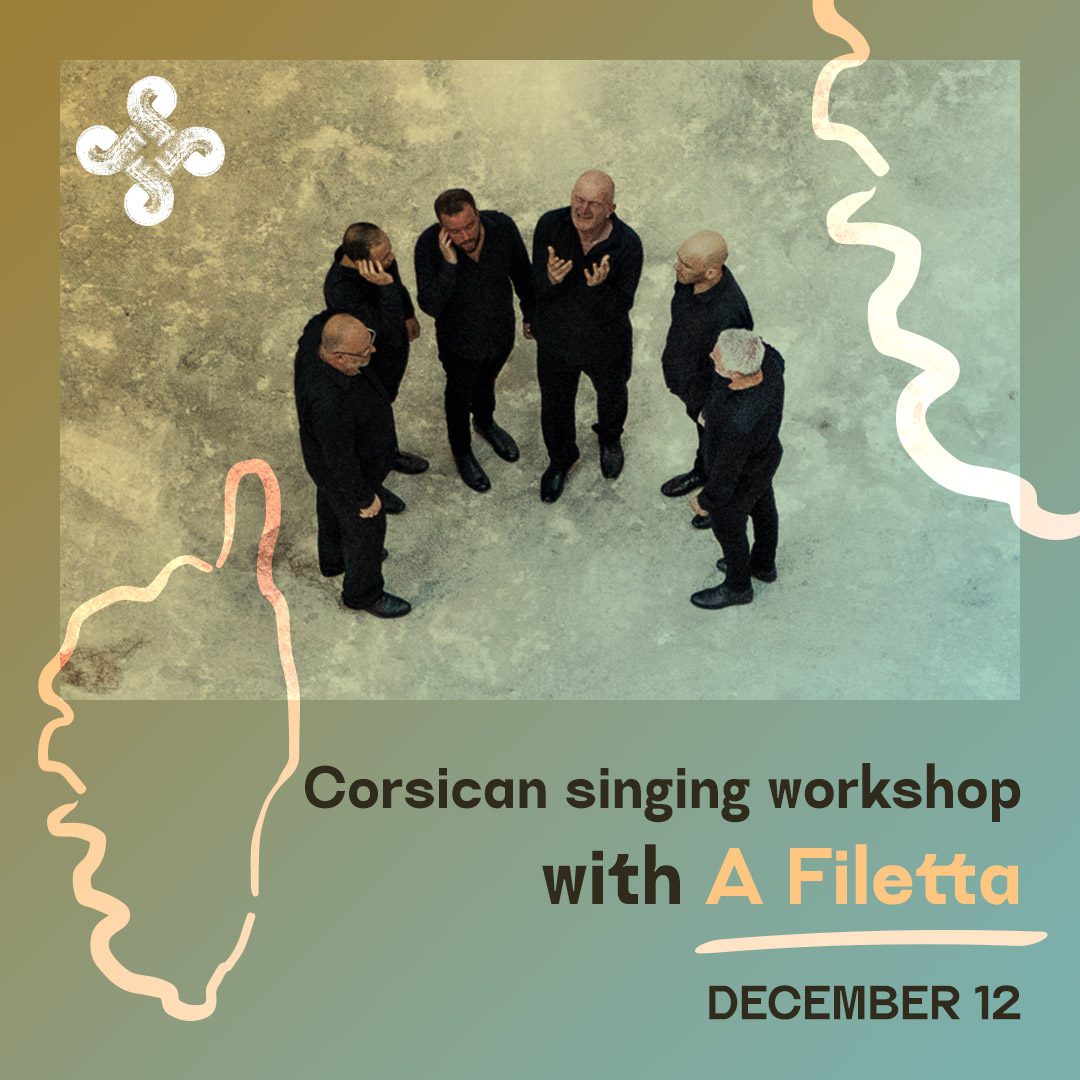 This interactive Corsican singing workshop will introduce you to the different voices of Corsican polyphony (seconda, bassu and terza) and will be led by the six members of the Corsican group A Filetta.This six-hour workshop is for everyone: curious, passionate and enamoured by the art of singing. As this repertoire is taught orally, it is not necessary to read music or know music theory for this workshop.

Students will work altogether and in sub-groups which will allow you to deepen or discover certain techniques specific to this rich vocal tradition. No matter your level, everyone finds their place in a Corsican polyphony choir …

A Filetta is a Corsican music group from Balagne (Haute-Corse). Since 1978, this group has been committed to transmitting the unique oral tradition of Corsican singing. Through in-depth work on traditional repertoires, A Filetta regularly participates in creations of contemporary works such as Clair-Obscur, composed with the Constantinople ensemble. A Filetta and Constantinople will be performing at the Salle Bourgie on December 11, 2021.

– Mandatory wearing of a mask when moving throughout the Centre (during breaks, entering and leaving the workshop space)