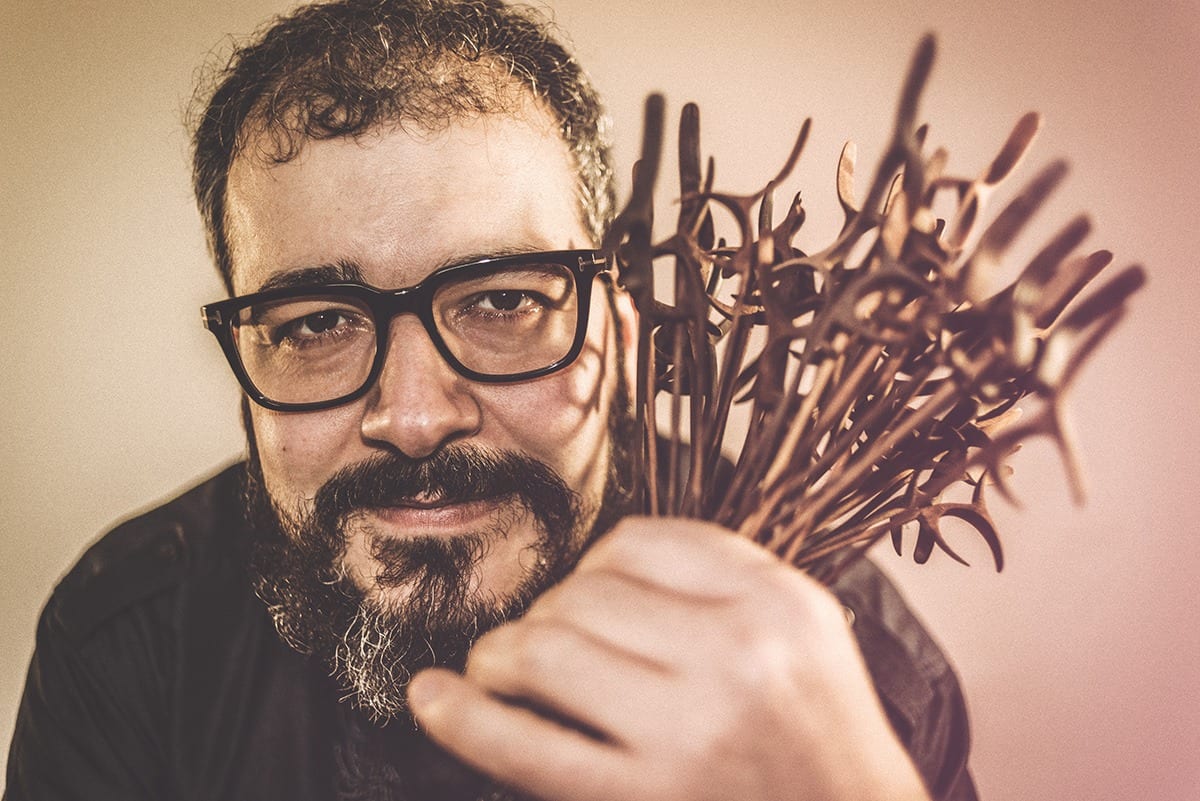 Born in Tehran Iran, Amir Amiri is a virtuoso of the santur; a 72-string Persian instrument dating back from 500 BC. Enthusiast santur player, composer and cultural inventor, Amiri lives in the center of a unique musical universe, where ancient inspiration, astonishing virtuosity and audacious creativity unite. Surrounded by exceptional collaborators from the jazz, classic and world music domains, Amiri fearlessly transcends the borders of genres and, in an exquisite manner, transports his ancient instrument into the musical conversations of our era.

Since his arrival in Canada in 1996, Amiri created numerous innovative ensembles.  Working as artistic director in his duet with bassist Félix Mailloux named “Perséides”, the project was presented at the Centre National des Arts in the framework of Sounds of Persia: Canada’s New Music Master in 2018. His duet Moody Amiri, with Richard Moody has been hailed by the CBC for its “enticing blend of Eastern and Western sensibility”. Other ensembles such as Amir Amiri Quartet is inspired by the fluidity of the musical influences in Iran; showcasing the hypnotic presence of a whirling dervish. Also, the Montreal-Paris collaboration entitled Kimya Ensemble, combines early classical and contemporary music from Europe, the Middle East and India.

Amir Amiri received the 2003 CBC Artist of the Year award in the framework of the Galaxie Rising Stars program. He performs and tours with a wide variety of ensembles, enchanted by his characteristic down-to-earth style and his deep dedication to the audience.