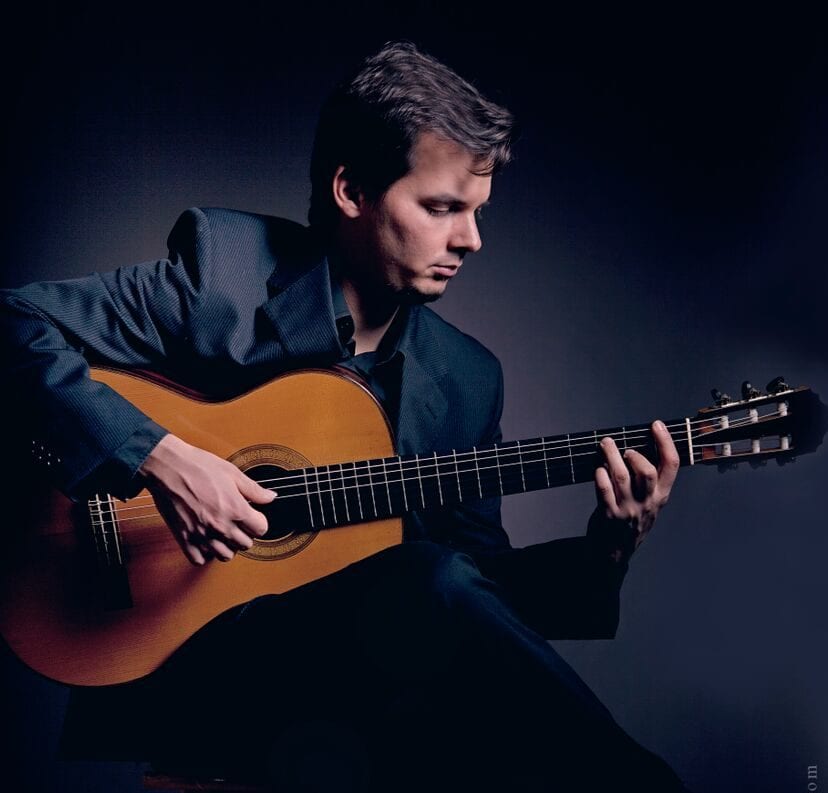 «My greatest satisfaction, as a guitar teacher, is simply to share the taste of playing  to my students. During their learning, I like to give them concrete and realistic goals to help them progress by developing their sense of musical intuition. »

Originally from Brazil, André Rodrigues distinguishes himself as a specialist in Brazilian traditional and classical repertoires. The beginning of his sixteen years of career took place in his homeland as an accompanist of instrumental and vocal music genres. Being a versatile musician, Rodrigues has performed on the stages of dance and theater, and has been awarded numerous prizes in national and international classical guitar competitions.

Winner of the prestigious World Music Opus Prize for the concert of the year 2012-2013 for his solo recital “Choros and Waltzes from Brazil”, Rodrigues performs on a regular basis both as a soloist and chamber musician in North and South America, in Europe, Asia and in the Middle-East.

Rodrigues is the artistic director of both Voyageurs immobiles artistic company and the Montreal Guitar Society and is deeply involved in the development of the guitar public in Montreal.